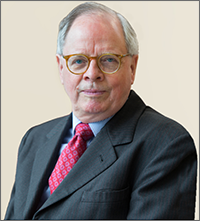 Sir Ross Cranston is professor of law. He was a judge of the High Court, Queen’s Bench Division for just over nine years and the judge in charge of the Administrative Court from January 2016. Sir Ross continues to sit part-time as a judge in the Commercial Court and Administrative Court. Previously he was Centennial Professor and Cassel Professor of Commercial Law at LSE.

Sir Ross was MP for Dudley North 1997-2005 and Solicitor General 1998-2001. He was Lubbock Professor of Banking Law, Director of the Centre for Commercial Law Studies and Dean of Laws at Queen Mary, University of London. His books on banking law include the widely used text, "Principles of Banking Law".

He was made a QC in 1998. As counsel he appeared before courts here and in Europe. He was educated in the University of Queensland, Harvard Law School and the University of Oxford. He has held consultancies with UNCTAD, the World Bank, the IMF and the Commonwealth Secretariat to advise different countries on their commercial, banking and securities laws.

From 2005-2016, Sir Ross undertook reviews of the legal systems of Romania, Bulgaria, Croatia and Turkey for the European Commission. He was a member of the legal advisory panel of the National Consumer Council in Britain and chair of trustees of the whistle-blower’s charity Public Concern at Work. He is a Fellow of the British Academy.